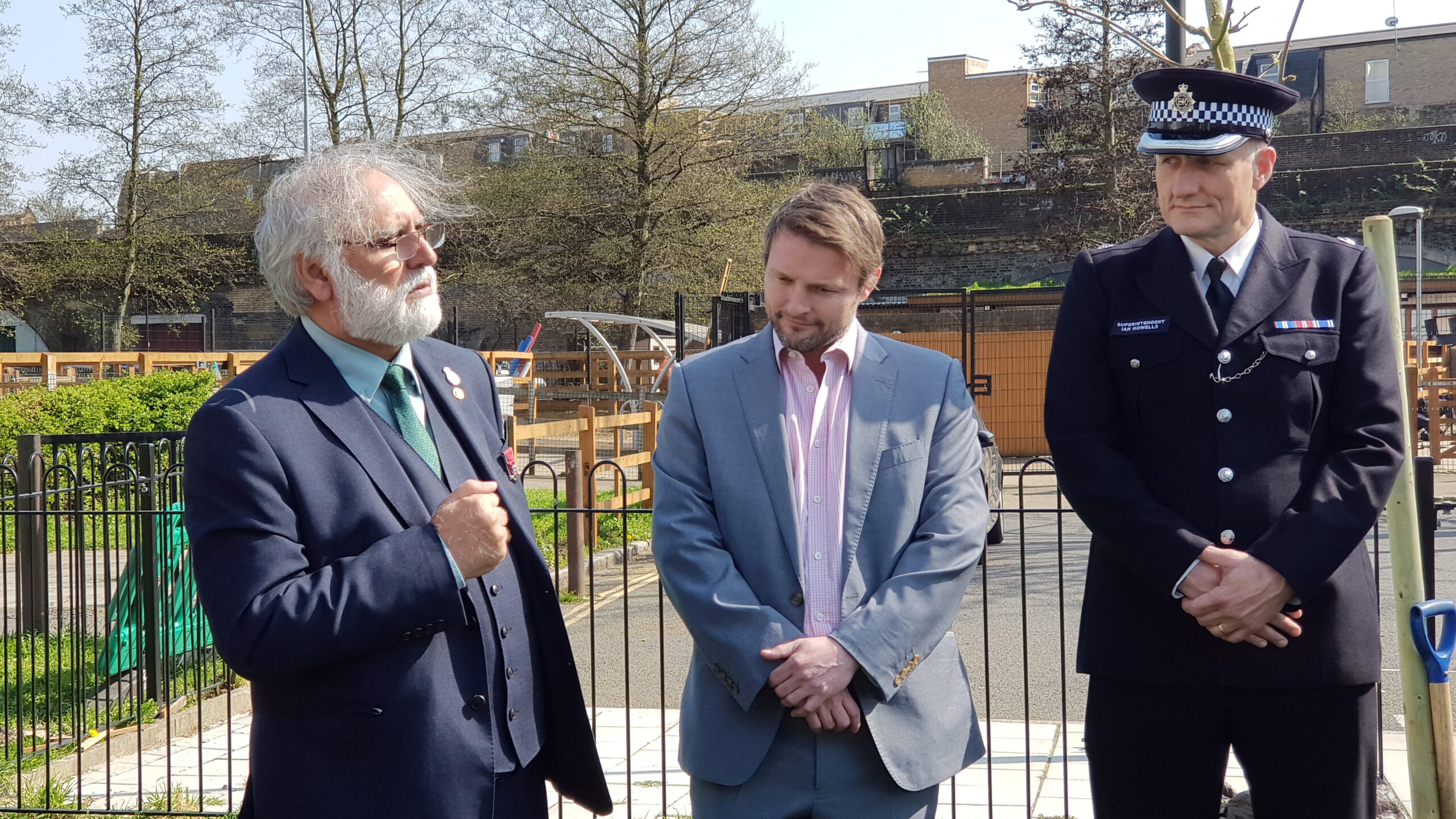 We ended the year on a somber note – March 2019 saw a deadly far right terrorist attack shake New Zealand as two consecutive mass shootings occurred at mosques which left worshippers approx. 50 dead and 40 injured. With an entire nation mourning and a global Muslim community in shock, this attack reverberated through our city with many communities on edge.

Prime Minister Jacinda Ardern sprang to action, issuing unconditional rejection of the terrorist and his goals with no excuses. Prime Minister Ardern met Muslim community leaders and called for “sympathy and love for all Muslim communities”. Within hours, vigils were held in Mosques and other sites around the country, bringing people together from across New Zealand’s society.

A group of students performed honorary haka and waiata dances to honour the victims. In a sign of interfaith solidarity, the tree of Life synagogue in the American city of pittsburgh, which itself was victim to a far-right attack in 2018, raised more than $60,000 for the victims. Here in London, Ash-Shahada led an interfaith tree planting ceremony with support from Lambeth Council, FIRD, KN Centre and backed by the Mayor of London and Faiths Forum for London.

The tree planting was dedicated to the victims of the New Zealand terrorist attack. We planted 5 large, beautiful magnolia trees, with each tree dedicated to the 10 victims. during the ceremony, Mr Toaha Qureshi MBe (Chief executive officer, ASHA) thanked people for joining and urged communities to stay together as has been the case in the past. he said: “the act of planting a tree is fitting – as the circle of life completes for the victims, it is through them that new life is given with these trees being planted. As their faith had taught them, the trees will act as a source of continuous reward for them and I am sure they would be proud of the fact we stand in solidarity”.

Council Leader, Cllr Jack Hopkins, said: “My thoughts and prayers are with those who lost their lives in the New Zealand attack .. what is beautiful is your passion to join together to thoughtfully commemorate the beautiful lives lost by planting these trees to be a source of life for many, many years to come. I am pleased the community, led by Ash-Shahada, have partnered with Lambeth Council to provide this space for the community. We hope to continue this partnership. What gives me hope, what gives me confidence about the future is that we come together… we are a community and solutions have to be found within the community.” 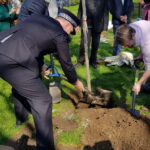 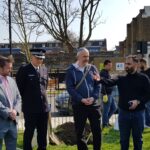 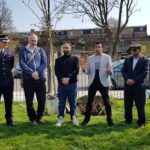 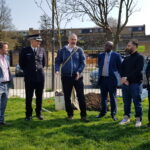 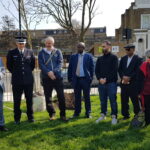 Councillor Scarlett O’Hara said: “Brixton’s diversity is its strength it means a lot to all of us who live here. this is why we live here. It doesn’t matter what your race, religion or background as we all come together. Being able to plant new life together. All of us digging into the soil together is a really great feeling for the future. We all want something new to grow out of these terrible events. something new, some hope”.

Rabbi Nathan Godleman said: “I’m very proud to be here to be representing south London Liberal synagogue as its Rabi today. Its good to plant trees and it’s a particular good response to something terrible that has happened….to plant new trees for future generations we stand together in solidarity as members of the same community but different faiths but fundamentally the same”.

Councillor Annie Gallop said: “We all feel for people of Christ Church. We feel for the awful events throughout the country and especially in London recently… I am passionate about the people coming through the community”.

Councillor Mohamed Jaser said: “We are here today to support our local people, we need to show solidarity and support as an example for the new generation to be”. 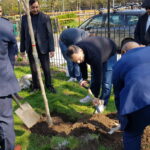 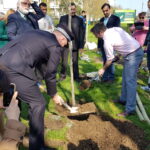 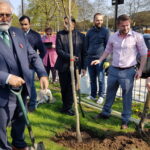 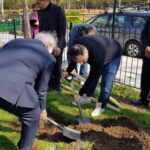